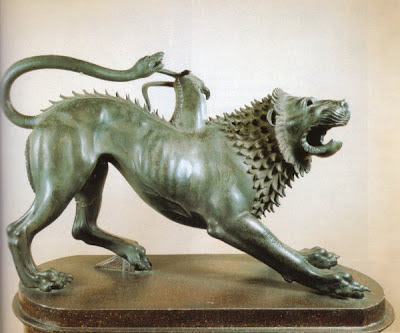 A fiscal "measurement" being tossed about these days as a means of allocating global carbon emissions allowances with respect to climate change is unfortunately not an accurate or reliable means of establishing parity in these emission goals. Gross Domestic Product is actually made up of many financial banking ledger tricks, between countries as well as global regions. It is ultimately a political tool. Inasmuch as GDP has been used as part of a "broad brush" look at consumption via the I-PAT formula, that is only an assumed relationship. This is a balance that fluctuates wildly and shifts with the flows of capital between corporations and governments, and is highly subject to interpretation. Further, it is based upon a growth fallacy that is fundamentally unsustainable. GDP is measured in value terms set by the market, not by physical reality, which is what carbon emissions are all about.

As an example of the feedback loops embedded in GDP, let's look at how China is pumping up its GDP in order to create wealth for buying resources from other countries. At the Yangtze River, near the town of Luohuang, another dam is proposed. This section of the river belongs to a nature reserve created to protect hundreds of species of fish, including the Chinese Paddlefish. When built, the Xiaonanhai Dam will destroy the reserve, flooding it, creating an enormous reservoir. At around five billion dollars, the dam is one of Chongqing's largest investment projects. Critics say Bo Xilai championed the project to help the city achieve historic GDP growth numbers, thereby securing himself a spot in China's top leadership, but with seriously destructive actions that negate the environmental commitments.

China is also a huge importer of coal. As a result of this consumption demand, western USA ports are figuring out how to increase their transit supply lines to export coal to China, which is the only big remaining market for coal. This of course simply balloons the whole carbon problem out of control, and is also utterly destructive to the existing local communities that would get mowed under by these giant infrastructure systems tailored to expand oil-fueled transport for their profit. This is the vicious cycle unleashed by the GDP economic model, and it feeds on itself to destruction, very similar to the fiscal banking collapse that we've experienced in the last few years, where none of the risk was priced into the model. This kind of risk exclusion is what the climate deniers are engaging in.

GDP is a disincentive if it's used to allocate carbon quotas because it discourages profitable investment and development of clean energy technologies. Why spend money developing profit if it's counted against a country or region's old industries that have already paid out on their investments? That also discourages pollution controls and regenerative development if it creates an additional obligation to fund technologies and infrastructure in third-world countries, at the cost of NOT reducing the biggest carbon emissions in the major leading countries. Additionally, third world countries should not be burdened with GDP-generated obligations if their profits and industry create a profitable reduction their carbon emissions and per capita energy use. This focuses on the principle of the "common good" as a primary human goal.

The measurement of energy use itself and carbon emissions is the only straightforward way to tackle the factors driving climate change: it can be objectively measured and calculated by the activities that drive the emissions. That ties it to the land itself and becomes a form of land value tax. If these criteria are set across the global economy, then they are simple to track and transparent with satellite and industrial production measurements that are externally verifiable. This creates rewards for restoration of ecology and reduction of consumption. Farmland becomes more viable, and pristine forests and tundras, even arctic areas, become extremely valuable in their natural state. And therefore there is no need to "consume" it.

This creates a level playing field so that the corporations, which are now far wealthier than many countries, have no where to run. It holds all activities accountable and measured against common agreed-to standards. Enforcement is achieved with cooperative global data sharing, with a fair means of rewarding industries that reduce carbon emissions. That means oil, gas, coal and shale extraction are heavily impacted, while farming is protected, renewable power is promoted, and natural resources are highly valued and conserved. That, in turn, makes it possible to reward population reduction and ecological restoration; the inverse of our current accounting system inherited from the old world of superstition and fear.

A comprehensive article on changing the value system from the GDP is here from Orion Magazine.

Update 5/23/15: The Paradox of Wealth  GDP measurements become everything, despite the fact that such measurements are concerned only with economic value added, and not with the entire realm of material existence.

Update 8/21/16:  GDP is a financial construct at its heart, a political and philosophical abstraction (from John Mauldin)