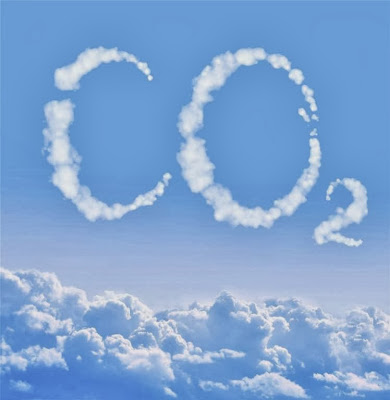 On the eve of the release of the first part of the Climate Assessment reports, there are intensive discussions arising from those who have felt disenfranchised from the process of international agreement on climate goals and its impacts in previous climate talks.

The Fifth Assessment Report (AR5) is being released in four parts between September 2013 and November 2014. It will be the most comprehensive assessment of scientific knowledge on climate change since 2007 when Fourth Assessment Report (AR4) was released. AR5 is made up of the full reports prepared by the Working Groups (I, II and III) and their Summaries for Policymakers (SPM) as well as the Synthesis Report. On September 23 through 26, representatives of the world’s Environment Ministries will meet in Stockholm to agree on the final draft of a key portion of the latest Intergovernmental Panel on Climate Change (IPCC) Summary for Policymakers. This Fifth Assessment Report (AR5) is intended to be used by international ministers working to devise a new global treaty by January 2015 to curb “climate change”. On the eve of its first issuance this coming Friday, there are reports on its leaked contents as well as significant global discussion around its impacts and scale.

Leading up to the The 2013 United Nations Climate Change Conference to be held in Warsaw, Poland from 11 to 22 November 2013, this series of reports on the state of climate change is already being anticipated at a global level by many groups, in particular on 5 September 2013, the Leaders of the Pacific Islands Forum adopted the Majuro Declaration for Climate Leadership, stating that climate change is real and is severely impacting their country.

Leaders from 35+ countries gathered for the drafting of a Women's Climate Action Agenda in Suffern, New York September 20-23rd, 2013 as part of the International Women's Earth and Climate Summit. Their consensus is that climate change disproportionately affects women across the globe.

The Guardian reports on climate change: IPCC issues stark warning over global warming, with a call to 'stop dithering about fossil fuel cuts' as expert panel warns entire globe is affected. "We have to face up to the prospect of weaning ourselves off our addiction to oil and coal," said one report author. "It is as simple as that."

United Nations Secretary-General Ban Ki-moon is addressing world leaders during the week of Sept. 20 in an effort to move climate change response efforts forward. Meanwhile, scientists are becoming more sure of the impact of human activities on the planet's climate, says Rajendra Pachauri, head of the UN's climate panel. Moon has made his position clear that it is now time to make the decisions that will address climate change, and that further delay and distraction are no longer acceptable. The session at the table in November will be where the rubber meets the road.

The critical issues with these reports will be the definition of the allowable CO2 emissions in the near future; this will rest upon the determination of science documentation of climate change and its projected impact on planetary life systems. Since science is not an exact benchmark in the real dynamics of nature, the most realistic path will be to negotiate a safe level of GHG's, using the Precautionary Principle as the most likely way of navigating the necessary constraints so as to do no further harm to the planet. Difficult, because it will involve a rapid move off of fossil fuels, but eminently doable.

Update 9/26/13: Last-minute negotiations on the content of the IPCC report in Stockholm  are taking place due to the variability of climate change and the difficulty in establishing cause-and-effect. This demonstrates the necessity of basing emissions policies on precautionary measures. 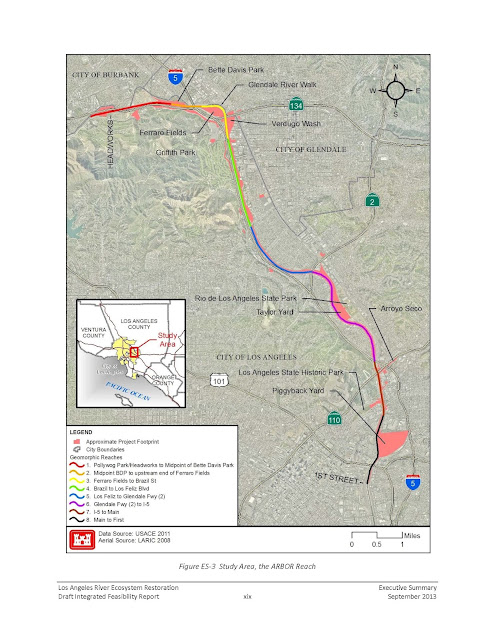 The US Army Corps of Engineers has just issued a restoration plan for the LA River that would punch through the concrete encasement of the 1940's over-engineered channels and provide for restoration of adjacent riverbanks and wetlands.This has become a priority because of the support at the Federal level through the Urban Waters Federal Partnership. The final plan for restoration is modest compared to the original big vision, but it does restore 11 miles of the river from Burbank to downtown LA. An interesting comparison are the photos of sections of the river paired with renderings of the proposed project.

There has been an emerging movement around the restoration of the LA River for decades, and it's grounded in the worldwide regenerative strategy of restoring rivers and their watershed areas and streams. As far back as the 1980's there was much discussion in the local design and arts community as well as local neighborhoods about revitalizing the river and restoring its watershed. This ended up as the LA River Masterplan after years of community planning. This is the kind of engagement with the river that has been happening in urban areas all over the globe, as they integrate with their rivers rather than turning their backs on it.

A patchwork of green parks has moved the Master Plan idea forward in many small projects over the years because of community influence and public policy, including financing for greening projects by the LA Public Works Department. These open spaces and parks have contributed to community engagement of public spaces as well as the regeneration of sustainable habitat.

A site that shows the projects done by North East Trees along the LA River is here.There's also a video from KCET that documents the Revitalization Master Plan. A project by the Council for Watershed Health includes the Elmer Avenue Retrofit.

The comprehensive overview of the LA River restoration plan from the U.S. Army Corps of Engineers, in conjunction with the City of Los Angeles, announces the availability of a Draft Integrated Feasibility Report, which includes a Draft Feasibility Study and Environmental Impact. This will be available for a public review and comment period beginning this Friday.

Councilmember Reyes is a giant in the environmental movement along the river. He passed the baton to me as Chair of Arts, Parks and the River. It’s a great honor, and it’s of enormous importance to me personally. So much incredible work in planning and resource-finding has taken place at the river that we’re poised to become a real river city. There’s a very important feasibility study for which the decision will be announced on December 12. It is the US Army Corps of Engineers funding that we’ll get actually for the first time to remove concrete from the channelized river near the center of the city. We eagerly await that decision. It’s going to be the next and probably most important decision to face the river since the advent of FOLAR, the Ad Hoc River Committee, and the Revitalization Master Plan. It’s a really big deal, and it’s important for myself, my colleagues, and Gil Cedillo, the new councilmember in District 1. It’s important to all of us that we get this right and we’re very excited about this challenge.


The City of Copenhagen, Denmark recently won an INDEX: Award for their Climate Adaptation Plan - which includes all levels of their city's Master plan. The INDEX: Award Design to Improve Life is under the patronage of HRH the Crown Prince of Denmark. This organization is intended to encourage people in designing sustainable solutions to global challenges.

“Copenhagen is already a world leader for green and sustainable solutions. By implementing the Copenhagen Climate Adaptation Plan, the city can stimulate growth and sustainability at the same time. We believe that a climate proof city is more attractive to live and invest in”, says Frank Jensen Lord Mayor of Copenhagen.

In the Climate Adaptation Plan, experts have assessed which climate change challenges are the biggest and where Copenhagen as a city can derive the greatest benefit by taking action now and in the coming years. At the same time, the city is looking at how such measures – necessary for Copenhagen to adapt to the future climate – can be of pleasure and benefit to the city immediately. Thus, the Copenhagen Climate Adaptation Plan is “designing the city of tomorrow today” as INDEX: Award jury member John Heskett puts it.

The Copenhagen Climate Adaptation Plan site discusses how the plan is the starting point for incorporating the necessary climate adaptation into the thinking in all areas of the city’s development in good time. So, climate adaptation and the development of an attractive and green major city will become two sides of the same coin.

This kind of "future planning" is critical for the success of cities and suburbs as our planet moves into planetary climate change. The design and planning professionals are in the best place to 'lead' the effort to see the earth as single system and learn to treat it like a 'library of ideas' rather than a 'warehouse of materials'. It's important to work with the natural processes of a place, as well as embed the intelligence to manage the increasingly capricious impact of weather and resources available to human habitation and what remains of the natural world.