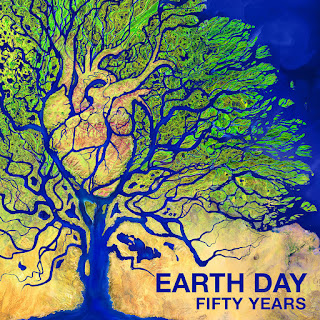 It's discouraging to look back at 50 years of environmental activism (an entire lifetime!) and see how little has been accomplished in spite of the overwhelming emergency that we're faced with in ecological destruction. The result of endless growth vectors in human culture and economics carried out in trade, the industrial carbon emissions over the last 200 years has finally impacted our planet in devastating ways. With no constraints on growth, a violation of natural processes and structures, human civilization has overrun the natural checks and balances that kept the planetary cycles in balance. But in the end there's always a reckoning because, well, physics.

Sierra Club recaps these issues in an interview with Dennis Hayes. "Fifty years later, we have different environmental challenges, some much larger, most notably global climate change. Despite the existential threat of climate change, today countries are rolling back environmental protections, failing to live up to the Paris Agreement and dragging their feet on climate action. Meanwhile, the environmental movement has gained momentum, thanks in no small part to an infusion of energy and outrage from the youth climate movement."

As described in Nature magazine, a new synthesis shows what a wasted decade means for the climate pact made in Paris. "In global climate projections, no single model can predict the future, and such analyses by necessity exclude the most recent developments. Nevertheless, it is clear that, collectively, current policies will not limit global warming to well below 2 °C, let alone 1.5 °C, as agreed in Paris. Clearly, the annual audit of the emissions gap has not altered poor performance. The gap concept has nonetheless proved useful. The reports and numbers have continuously informed the UN climate summits and the emissions gap was noted as a serious concern when parties were adopting the Paris agreement." This article includes a chart demonstrating the impact of this process.

Aubrey Meyer of GCI has continually emphasized that the global rate of the rise of temperature & CO2 concentrations is determined by the global contraction rate/weight/date of the future global CO2 emissions budget. An international carbon-sharing strategy is essential for UNFCCC-compliance if we are seriously risk-averse. "A lot of valuable time has been completely wasted over the last 25 years when total annual CO2 output was around 7Gt C/year. As it is now ~14 Gt C & temperature looks likely to be taken over the 2° C threshold, the situation is now obviously urgent." Insufficient climate action during the past decade means that transformational development pathways are now required to reduce greenhouse gas emissions on time to meet the 1.5C Paris target.

Strategies for addressing this have been put forth. For example, Rocky Mountain Institute has proposed Decarbonization and Debt Forgiveness: A Path Forward. "A simple debt forgiveness approach can help industries and workers feeling economic pain now and build toward a more sustainable, low-emissions future."

Important legal precedents are being set in UK and US courts. The recent UK decision against allowing another runway to be constructed at Heathrow is a moment of truth. "That’s why the ruling sets such a powerful precedent, both in the UK and beyond. The message has gone out loud and clear that governments can no longer do what they’ve been doing for decades: claiming to be serious about tackling the climate crisis while marching us headlong towards disaster."

The recent impact of the coronavirus pandemic as well as a trade war in oil has produced an enormous shock to the fossil fuel industry. It has completely changed future projections for the industry, and has had had an immediate impact on its viability as an investment vehicle, as outlined in the article, The Beginning of the End for Oil?

It appears that the entire global population is facing a pivot point in which the need for serious, drastic climate action is clear to most people and governments now. One can only hope that this opportunity is not wasted as well. 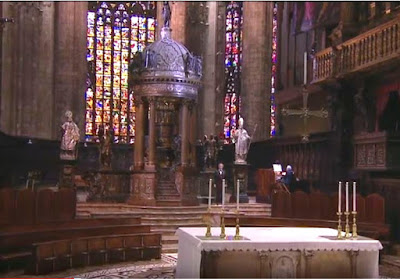 Over 2.5 million listened to the live stream broadcast in an eerily empty and quiet Italy - her gift to the planet suffering the viral pandemic

A Capella: Amazing Grace from the entry stairs, empty cities worldwide
"Was blind but now I see"

Update  1/20/21:  "Amazing Grace" has become the anthem for the new Biden administration, a song performed at each ceremony. It's a signature for hope in the face of pandemic. Performed by Garth Brooks at the Inauguration.