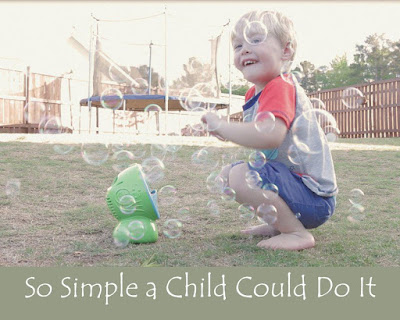 From Grist magazine in Nov. 2014: We now know, with a pretty high degree of confidence, that we could tackle climate change if wanted to. All that remains is to decide if we want to.

The good news: There is no substantial technical or economic barrier that would prevent the U.S. from reducing its greenhouse gas emissions 80 percent below 1990 levels by 2050, a target that would help put the world on track to limit global average temperature rise to 2 degrees Celsius. In fact, there are multiple pathways to that target, each involving a different mix of technologies. Achieving the goal would cost only around 1 percent of GDP a year out through 2050, and if we started now, we could allow infrastructure to turn over at its natural rate, avoiding stranded assets.

The bad news: Pulling it off would require immediate, intelligent, coordinated, vigorously executed policies that sustain themselves over decades.

A summary of strategies for implementation is listed here.

Another easily digested set of strategies are outlined in the Drawdown website that accompanies the companion published textbook. It's a New York Times bestseller.  More detail about the necessary steps are clearly outlined here, a result of Paul Hawken's environmental activism and implementation, released in April 2016.

Unlike most popular books on climate change, it is not a polemic or a collection of anecdotes and exhortations. In fact, with the exception of a few thoughtful essays scattered throughout, it’s basically a reference book: a list of solutions, ranked by potential carbon impact, each with cost estimates and a short description. A set of scenarios show the cumulative potential.

We're seemingly unable to let go of the glittery fossil fuel baubles, and as Grandpa put it: the only person that likes change is a baby with a wet diaper.

But it's not all that difficult. So simple, a child could do it. But we all can't seem to play together in the sandbox, so we march off into oblivion over a few shiny toys.

Update 6/5/18: Climate Change - Why we are heading for extinction and what to do about it.

Update 6/29/18:  Back of the Napkin, easy carbon reduction framework

Update 9/21/18:  Zero Carbon Britain toolbox on the other side of the pond. 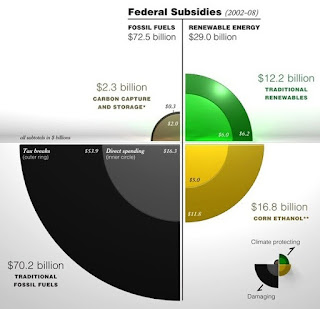 National governments and subregional agencies are beginning to coalesce around strategies to actually implement the necessary steps towards substantially reducing fossil fuel use as an energy source. They are taking these steps, moving from Paris (COP22) in 2016, to Bonn (COP23) in fall of 2017, and then onto Katowice, Poland (COP24). The recognition that fossil fuels have hidden costs in their production - externalities - is driving more comprehensive agreements between governements and industries. This is being done even with the knowledge that the adopted carbon goals are falling short of the necessary reductions to keep temperatures within the limits that have been agreed to as the carbon emissions reduction targets. The UN and climate scientists have been adamant about the excess emissions that are still being allowed by the adopted targets.

Thousands of government representatives, non-Party stakeholders, members of the press and staff of multilateral organizations are now gathering for the 2018 United Nations Climate Change Conference from 30 April to 10 May in Bonn, Germany. The Talanoa Dialogue, launched at the UN Climate Change Conference in Bonn (COP23) last November, invites everyone to engage in finding a solution, first by preparing submissions in response to three questions: Where are we? Where do we want to go? How do we get there? A May 2, 2018 briefing at the global climate action summit in Bonn addressed the participants, showcasing how the real world economy is mobilizing to spur bolder action ahead of the UN Climate Change Conference in Katowice, Poland (COP24) in December 2018.

During this year, governments are charting the road map in Germany's UN Climate Summit for achieving the commitments laid out in the Paris Agreement. The decisions they make will either unlock a sustainable and just future, or they will give Big Polluters free rein to keep polluting and interfering in climate policy. This is a result of the December 2017 meeting of the U.N. climate treaty, when governments agreed to finalize the pathways that will make the Paris Agreement a reality. This agreement came about in spite of the corporate efforts from fossil fuel companies and corporate sponsors that had also descended on Bonn, (COP23) where they were pushing their own agenda behind the scenes, as was reported by Democracy Now! at last years' Climate Change Conference with an interview of "Corporate Accountability" ally Pascoe Sabido (Corporate Europe Observatory, co-author of “Polluting Paris”) and Corporate Accountability Media Director Jesse Bragg. They were interviewed by Amy Goodman.  The interview centered on Corporate Accountability’s most recent report, “Polluting Paris,” the fossil fuel industry’s interference in both EU and U.S. climate policy, and Big Polluters’ fingerprints on this year’s climate talks.

An interview with Patricia Espinosa, Executive Secretary of the UNFCCC by Ryan Heath of Politico in December 2017 lays out the growing sense of urgency around the rapid implementation of emissions reductions. She discusses the way she intends to outreach to governments, businesses and other global stakeholders. In the interim, prior to COP24, a Global Climate Action Summit hosted by Governor Jerry Brown and Patricia Espinoza, will take place on September 12-14, 2018 in San Francisco. State and local leaders, businesses, investors, scientists, students, nonprofits and others (“subnational actors”) are a critical part of the climate solution and can help push the world’s leaders to go further, faster.

Some trade and energy agreements are currently being put into play that reflect the need for substantive emissions reductions.In the Clean Energy Package announcement in Brussels on November of 2017, the European Union will start to phase out coal subsidies and reduce its energy usage by 30% before 2030 pursuant to the terms of a major clean energy package. It has come under criticism from Greenpeace for its shortcomings since it allows money to be spent on further coal power supplies.

New research now urges a rethink on global energy subsidies, particularly pointing at fossil fuels. Environmentally, energy subsidies tend to have "substantial carbon footprints" because they tend to favor fossil fuels, such as coal and petroleum. As subsidies lower the price of electricity and fuel, they generally lead to higher levels of consumption. They also generally diminish efforts to promote energy efficiency or to conserve energy. Clearly, it would be a major move to eliminate these global energy subsidies, but it would allow governments to put their money towards clean technologies and energy sources that would rapidly reduce the carbon emissions that are wreaking havoc on our planet.

Update May 7, 2018: Revolving Door between corporate and public sector for lobbyists