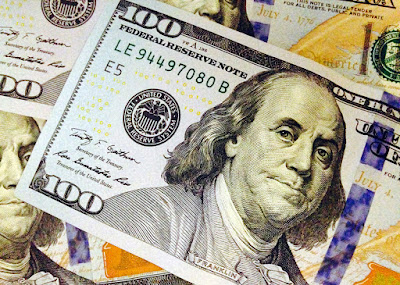 For those who want to really understand what's happening with big private money driving political demagoguery that disrupts the rule of law, get your hands on the book, Dark Money, by Jane Mayer. This documents in depth what has been shifting the political climate in our country to the point that democracy is now in danger via billions of dollars of undisclosed private money. An excerpt:

Lewis Powell, a corporate attorney who was appointed to the Supreme Court by Richard Nixon, was the author of a brilliant battle plan detailing how conservative business interests could reclaim American politics. In 1971, he issued a memo to the business community to fight back against liberal policies.

"He urged America's capitalists to wage "guerilla warfare" agains those seeking to "insidiously" undermine corporate America. Conservatives must capture public opinion, he argued, by exerting influence over the institutions that shape it, which he identified as academia, the media, the churches and the courts. He argued that conservatives should control the political debate at its source by demanding "balance" in textbooks, television shows, and news coverage. Donors, he argued, should demand a say in university hiring and curriculum and "press vigorously in all political arenas." The key to victory, he predicted, was "careful long-range planning and implementation" backed by a "scale of financing available only through joint effort."

Thus was kicked off the conservative think tank structures funded by the Kochs and the ALEC corporate network which has proceeded to do exactly that. So what we have now is a corporate coup fronted by a carney barker. They are dismantling the government agencies and eliminating their tax liabilities, with the intent of removing Medicare and Social Security safety nets, as is laid out in detail in Mayer's book.  There are all the covert strategies outlined in there as well.

The strategy applies *in spades* to the climate change issue, because all of these billionaires, thinktanks and agencies that are heavily invested in fossil fuels, which rely on being extracted and burned to retain their value. Bill McKibben understood this early on as he discussed the Rockefeller Foundation grant that supported his position.

"For example, Trump may be uniquely hostile to the rule of law, ethics in public service, and a free press. But the assault on our democracy didn’t start with his election. He is as much a symptom as a cause of what ails us. Think of our body politic like a human body, with our constitutional checks and balances, democratic norms and institutions, and well-informed citizenry all acting as an immune system protecting us from the disease of authoritarianism. Over many years, our defenses were worn down by a small group of right-wing billionaires—people like the Mercer family and Charles and David Koch—who spent a lot of time and money building an alternative reality where science is denied, lies masquerade as truth, and paranoia flourishes. By undermining the common factual framework that allows a free people to deliberate together and make the important decisions of self-governance, they opened the way for the infection of Russian propaganda and Trumpian lies to take hold. They've used their money and influence to capture our political system, impose a right-wing agenda, and disenfranchise millions of Americans."

The informal system of offshoring wealth to avoid taxes by these big money entities has been extensively documented. It helps to remember that many of them are financially bigger than most countries in the world, hence have a place at the table of the formation of global trade policies that undermine the ability of these governments to defend their citizens from destructive profit schemes embedded in these trade agreements which state that they overrule local governance policies and don't offer a means of recourse. Hence the emergence of conservative populists in governments across the globe that promise to enforce geographical borders and retain local economies and jobs. Unfortunately these populists devolve into the corruption of cronyism and self-dealing, directed by the big money that drives their real agenda - an escape from taxes and undermining the social support systems. The government budget allocations are then driven to military budgets that feed the corporate contracts and instigation of wars for profit, usually the fossil fuel and weapons industries.

From Insurge: "We are currently in the midst of a global phase-shift signalling that the prevailing order, paradigm and value-system are outmoded and unsustainable. The breakdown of the global system has led to a heightened state and speed of indeterminacy across political, economic, cultural and ideological structures and sub-systems. We experience this in the increasing confusion across all these systems, particularly expressed in the ‘post-truth’ dislocation of our prevailing information systems."

Again, from Insurge: "When NATO intervened in Libya, when the US and UK backed Saudi Arabia’s indiscriminate aerial bombardment of Yemen, it only destabilised the region further. The arc of collapse across the Middle East and North Africa resulted from a fatal combination: an earth system crisis, compounded by short-sighted and self-serving responses from human systems...The earth system crisis that erupted in Syria triggered a wave of human system destabilisation of which Brexit was merely the first eruption. And so the Syria crisis is indeed a taste of things to come. Europe is already a post-peak oil continent, whose domestic fossil resources are in decline."

So you can see that the systemic implementation of global trade policies are driven by energy costs and those that profit from them. This has the tragic consequence of planetary destruction from carbon emissions because of the embedded fiscal profiteering in these influential industries and the big money of the one percent. They are defending a system that is structured to run on fossil fuel investments that have to be burned to provide the cash flow for these profits. Which is a major factor in the failure of the COP processes that are dwarfed by the annual build-up of atmospheric carbon emissions. In some respects the Paris Agreement hinted at a potential step change but this moment of hope has quickly given way to Byzantine technocracy the rulebook, stocktaking, financial scams and corporate disinformation that undermines the world's governments that are trying to create a global agreement.

Update 1/17/19: How the forever-war crowd holds the reins on US foreign policy and its budget Its Not Stopping: New York Times Opinon, December 29, 2018: Going Nowhere Fast on Climate, Year After Year. Three decades after a top climate scientist warned Congress of the dangers of global warming, greenhouse gas emissions keep rising and so do global temperatures.  By Paul Bledsoe, who lectures on environmental policy at American University. The opinion below:

Thirty years ago, a NASA scientist, James Hansen, told lawmakers at a Senate hearing that “global warming is now large enough that we can ascribe with a high degree of confidence a cause-and-effect relationship with the greenhouse effect.” He added that there “is only 1 percent chance of accidental warming of this magnitude.”

By that, he meant that humans were responsible.

His testimony made headlines around the United States and the world. But in the time since, greenhouse gas emissions, the global temperature average and cost of climate-related heat, wildfires, droughts, flooding and hurricanes have continued to rise.

This fall, the United Nations Intergovernmental Panel on Climate Change released an alarming report warning that if emissions continue to rise at their present rate, the atmosphere will warm up by as much as 2.7 degrees Fahrenheit (1.5 degrees Celsius) above preindustrial levels by 2040, resulting in the flooding of coastlines, the killing of coral reefs worldwide, and more catastrophic droughts and wildfires.

To avoid this, greenhouse gas emissions would need to fall by nearly half from 2010 levels in the next 12 years and reach a net of zero by 2050. But in the United States, the world’s second-largest emitter of greenhouse gases, President Trump continues to question the science of climate change, and his administration is rolling back emissions limits on power plants and fuel economy standards on cars and light trucks, while pushing to accelerate the use of fossil fuels. Other major nations around the world aren’t cutting emissions quickly enough, either.

So what has happened over the last 30 years? Progress has been made in fits and starts, but not nearly enough has been done to confront the planet-altering magnitude of what we have unleashed.
(complete timeline in the opinion at NYT)

Update 1/14/19: Silent Spring - Why it’s time to think about human extinction | Dr David Suzuki on economic growth and why we can still change this

Update 3/1/19: After 40 Years of Government Inaction on Climate, Have We Finally Turned a Corner?