After the disappointment with the failure of global policy progress at COP25 in Spain, the activism of many climate change resistance groups has increased, including eXtinction Rebellion (XR) and the US Mayors' Climate group which is moving forward with public policy in states across the country in spite of resistance from our right-wing government and its climate deniers, funded by corporate fossil fuel money. The Trump administration is the worst offender in this, given the complete capture of the Republican party by corporate money which is dismantling the voting process and undermining democracy itself. It's out-of-control vulture capitalism that obstructs all attempts to deal with climate change.

On this point about transnational, trans-class solidarity and climate justice, it might be worth taking a look at Pope Francis’s encyclical Laudato Si, which has probably been the most important book on these questions in a generation. In a series of statements that Pope Francis makes in that text, he reconfigures Catholic theology as a process of forging a planetary solidarity for humanity, in a world still to come.

A US government climate change advisory group scrapped by Donald Trump has reassembled independently to call for better adaptation to the floods, wildfires and other threats that increasingly loom over American communities. They are moving ahead on their own initiative, as are many independent groups and companies that are taking on climate change on their own initiative.

Thus, Mission 2020: Climate Turning Point has come about, a collaborative campaign to bend the greenhouse-gas emissions curve downwards by 2020. The website is here.

Former New York City mayor and Bloomberg Philanthropies CEO Michael Bloomberg has announced his biggest commitment yet to tackle the climate crisis head on. Bloomberg’s “Beyond Carbon” initiative, made public on June 7, will make grants to organizations, including the Sierra Club, to move the US entirely off fossil fuels. More information is in the Task Force on Climate-related Financial Disclosures, which is part of the "Beyond Carbon" initiative. From Bloomberg: "Over the last few years, I have chaired an international effort called the Task Force on Climate Related Financial Disclosures. We created a set of recommendations to help companies measure and disclose information about how climate change could affect their facilities, their supply chains, their labor force, their delivery of products and services and other essential operations." 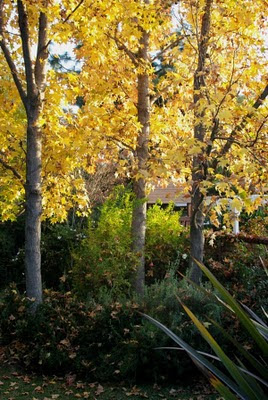 We've had a recent winter rainstorm now in Southern California, similar to the pattern we saw last year, which is drier. Finally a series of cool days but not like there used to be. The changing climate continues to evolve into dry and warm weather with much less rainfall, and this will evidently progress as our carbon emissions heat up the planet. The global attempts to deal with this have not succeeded in any kind of significant change in human behavior around this. COP 25 in Madrid was a severe disappointment in the face of a climate emergency.

Swedish climate activist Greta Thunberg, on Dec. 11, denounced the pledges of wealthy countries and businesses to curb climate change as hollow and deceptive, calling them "clever accounting and creative PR" in a speech before world leaders at the United Nations' annual COP 25 climate meeting in Madrid. The talks are aimed at finalizing guidelines for implementing the 2015 Paris Agreement, which called for measures to prevent global temperatures from rising more than 3.6 degrees Fahrenheit and mitigate the consequences of climate change. She says that business and political leaders are misleading the public by holding negotiations that are not leading to real action against warming temperatures, which she referred to as a climate "emergency."

Subsequent to the panel presentations, climate activist Dr. Peter Carter (video here) , Director of the Climate Emergency Institute spoke up with a summary of the proceedings: "It is missing the most important document, the 2018 IPCC report of 1.5 degrees C. It showed that 2 degrees C, the old target since 1996 is total catastrophe and that 1.5 degree C is still disastrous but that is where we must aim. All of the scientists are now agreed that they support the 1.5 degrees C. We are already there now. We must reduce global emissions 50% by the year 2030. Every year matters. Even as every COP has been set up to fail due to the requirement that major decisions will be made by consensus, for which there is no definition of "consensus". So we know that the US, Russia, Kuwait, Saudi Arabia are blocking science from the negotiations."

A reporter in attendance at COP 25 wrote: "The U.S., along with Australia, Brazil, Japan, and Saudi Arabia, has helped create a gridlock in this year’s negotiations. The vacuum left by the U.S. has led countries interested in maintaining the status quo — including Australia, a major coal exporter, and Brazil, led by a right-wing government promoting deforestation of the Amazon — to block stronger rules for a global carbon-emissions trading system that are supposed to go in effect next year"

Carbon dioxide emissions continue to grow amidst slowly emerging climate policies A failure to recognize the factors behind continued emissions growth could limit the world’s ability to shift to a pathway consistent with 1.5 °C or 2 °C of global warming. Continued support for low-carbon technologies needs to be combined with policies directed at phasing out the use of fossil fuels. This paper lays it out.

James Hansen has just issued a position paper called "Climate Change in a Nutshell: The Gathering Storm" as a summary of the issues involved in climate change and a warning to the world. It's part of the support for his Juliana v. United States lawsuit which is on behalf of the young people of the world.

"More sinister still is the growing power of the fossil fuels lobby over the world media and also over governments – not only the floundering western democracies, but also states like Russia, China, Brazil, India and Saudi Arabia. Media organisations such as the Murdoch News Corporation serve as an unofficial propaganda front for fossil fuels, brainwashing an unquestioning audience with a round-the-clock thunder of deceit, half-truths and misdirection."

The centuries-long history of extractive greed continues to subvert attempts to reduce carbon emissions, in the name of profit. Two years after spilling 407,000 gallons of oil in South Dakota, the Keystone Pipeline erupted again. In November, a North Dakota portion of the pipeline leaked another 380,000 gallons – adding to the millions of gallons of crude oil that have spilled from pipelines over the last decade, as Undark has reported. As the climate crisis worsens, the fossil fuel industry has clearly messaged its apathy by continuing to pollute the planet. But these horrific leaks aren’t simply one-off “incidents.” They reveal a long history of oppression on communities of color and the planet.

The results of the unabated carbon emissions are now a frightening climate emergency for this planet. The hope for change now rings hollow.

Update 12/19/19: Oil companies and their trade associations have since gone all in pushing carbon markets, and they’ve been all over COP25.


Posted by LPB at 1:00 AM Links to this post
Newer Posts Older Posts Home
Subscribe to: Posts (Atom)