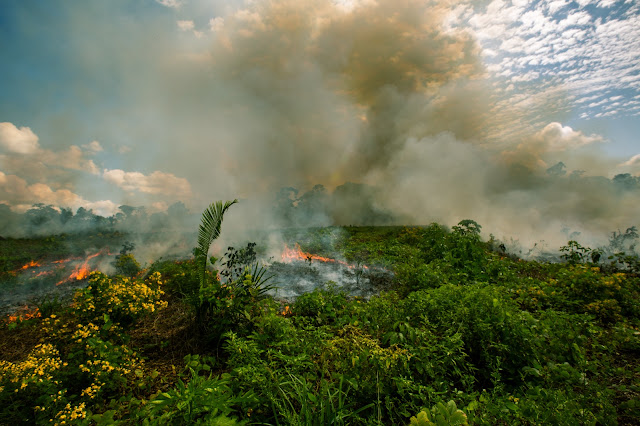 Carbon sequestration is an important part of the equation for reducing the level of CO2 in the atmosphere in accordance with the Paris Agreement. One aspect of this agreement has just been addressed by California Governor Gavin Newsom. One of the main causes of global climate change is the destruction of natural ecosystems — for example, deforestation and unsustainable land conversion for agriculture. Deforestation destroys 13 million hectares (32 million acres) of forest every year — an area the size of North Carolina — adding more carbon to the atmosphere than the sum total of all the cars and trucks in the world.

California and the U.S. Forest Service have established a shared long-term strategy to manage forests and rangelands, Office of the Governor Reports. This agreement will improve coordination to reduce wildfire risks on federal and state lands. Funding is included in the federal Great American Outdoors Act recently signed on August 4 by the President of the United States. A summary is here.

The press release is as follows:

A historical transition toward unnaturally dense forests, a century of fire suppression and climate change resulting in warmer, hotter and drier conditions have left the majority of California’s forestland highly vulnerable to catastrophic wildfire and in need of active, science-based management. Since the federal government owns nearly 58 percent of California’s 33 million acres of forestlands, while the state owns 3 percent, joint state-federal management is crucial to California’s overall forest health and wildfire resilience.

Improved coordination also is key since nearly half of the state dollars invested in fuels management in recent years was spent on federal land.

“Wildfires don’t stop at jurisdictional boundaries. As we respond to wildfires in real-time this summer, improving coordination between the major stewards of California’s forested land will help us protect communities and restore forest health across California,” Governor Gavin Newsom said. “We are grateful to secure the U.S. Forest Service’s commitment to help us more effectively address the scale of California’s current wildfire crisis.”

“Collaboration between state and federal agencies on issues of forest health and resiliency is critical,” said U.S. Forest Service Chief Vicki Christiansen. “The Forest Service is fortunate to collaborate on restoration projects across the state and share science and research to address issues to help care for the land and serve people. We are excited to expand our partnership with California to enhance our collaboration though this Shared Stewardship agreement with California.”

“In a key step to improve stewardship of California’s forests, the Newsom Administration and the U.S. Forest Service today announced a new joint state-federal initiative to reduce wildfire risks, restore watersheds, protect habitat and biological diversity, and help the state meet its climate objectives.  The Agreement for Shared Stewardship of California’s Forest and Rangelands includes a commitment by the federal government to match California’s goal of reducing wildfire risks on 500,000 acres of forest land per year. To protect public safety and ecology, experts agree that at least one million acres of California forest and wildlands must be treated annually across jurisdictions.