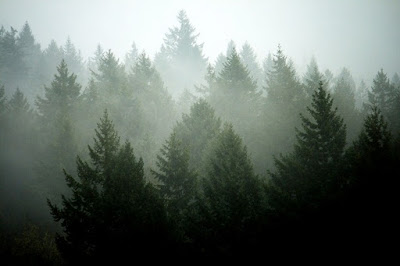 The flux of corporeal existence arises from the harmonics of the interactions of everything in the physical world and its energetic structures. The principles of the constructive, anti-entropic processes require that all systems fully account for the energies of mass, motion and light across vast distances that may not actually exist in other dimensions. Living systems operate in this fabric of existence at a scale that reflects the molecular building blocks of DNA strands that emerge as growing organic structures that interact in this system. But a reductionist view is unable to see this.

At its very basic level, "Every action has equal and opposite reaction, acting on two different bodies", which is Isaac Newton's Third Law of Motion in his "Principia Mathematica" of 1686. It describes the physical world very well, and until Einstein came along with his theory of special relativity (1905) along with investigating quantum mechanics, these basic concepts prevailed in the Western world.

This kind of understanding in the conscious, energetic realm is reflected in the Buddhist 12 Laws of Karma, including: "Everything in the universe is connected". This is characteristic of all religions, generally assigning this connection to a higher being or form of consciousness that is fundamental to positive outcomes, such as "the mind of the creator". This takes us beyond the simplistic mechanistic views of our post-industrialist civilization and ironically points us towards the findings of quantum mechanics.

There is a new emphasis on this "unified field" approach to the human responsibilities involved with our habitation in our environment. On Care for Our Common Home (Laudato Si') is the fresh appeal from Pope Francis addressed to "every person living on this planet" for an inclusive dialogue about how we are shaping the future of our planet. Pope Francis calls the Church and the world to acknowledge the urgency of our environmental challenges and to join him in embarking on a new path. He emphasizes that the climate is a common good, belonging to all and meant for all, and not be subject to the destruction driven by capitalism and corporate global commerce. He's in the Peruvian Amazon right now, and has excoriated the “throwaway culture” that wastes lives and despoils the land. “Gold ... can turn into a false god that demands human sacrifices,” the pope said. “False gods, the idols of avarice, money and power, corrupt everything. They corrupt people and institutions, and they ruin the forest.”

From Gary Hall, a former comedy writer and fierce progressive, past Dean of the Washington National Cathedral (Episcopal) - "America's Church" - and now a pastor in Los Angeles: "Our very environment is changing before our eyes. The folly of our human exploitation of nature is finally catching up with us. The climate change we have brought about through our selfish activity turns out to have real consequences for real people and the real world in the here and now."

Among other things, the backlash to environmental destruction is growing, and people of all beliefs across the planet are becoming open to aligning with natural processes and disposing of fossil fuel energy in order to stop burning carbon and quit trashing our planetary ecosystems with plastic refuse.

Understanding the necessity for reducing the human impact on nature is widespread now, and its solution is a congruence with organic growth. Aubrey Meyer has discussed this in depth in his developed principles behind the well-tempered framework of Contraction and Convergence. This is a proposed framework for the implementation by the UNFCCC which is grounded in the organic structure of Phi, a fundamental reality of the natural world. Its adoption would be a crucial step in the means by which humanity curtails its destructive characteristics and resonates in tune with sustainable ecology.

Update 1/25/18:  And so where did it come from? Carl Sagan, in "Cosmos" Episode 10 clip (1980) and Cosmic Calendar: We have a choice. We can enhance life and come to know the universe that made us, or we can squander our 15 billion-year heritage in meaningless self destruction.