The music produced on a violin has, for centuries, been expressed through classical composition and techniques.The long history of music since the violin was invented in the early 16th century in Italy reveals how a variety of musical interpretations have evolved on this instrument. It continues with modern compositions today.

Instruments of approximately 300 years of age, especially those made in Italy by Stradivari and Guarneri del Gesù, are the most sought after instruments (for both collectors and performers). The Ave Maria (Bach - Gounod) clip above is performed on the ex-Napoleon/Molitor Stradivari Violin.

There has been an effort, examined on this website from a French violin maker, to illustrate the charted climate variations during the last 600 years with a violin. The composition expresses the graphics of the rising global temperatures in an intuitive movement showing this progression using an electric violin. It's a direct evocation of the changes experienced on this planet through the sonic rendition of the historic temperature cycles.

The expression of harmonic scales and integral ratios of the octaves underlie a deeper understanding of the structure of music that explores the fundamental behavior of all other materials and living things and their relationship with the interconnecting energies of the physical world. It's the sonic mathematical equivalent of quantum physics and the geometry of shape, size, relative position of figures and the properties of space, just as colors are a song in light, seen across the spectrum as a rainbow.

A Sixth Year - The Rains Came 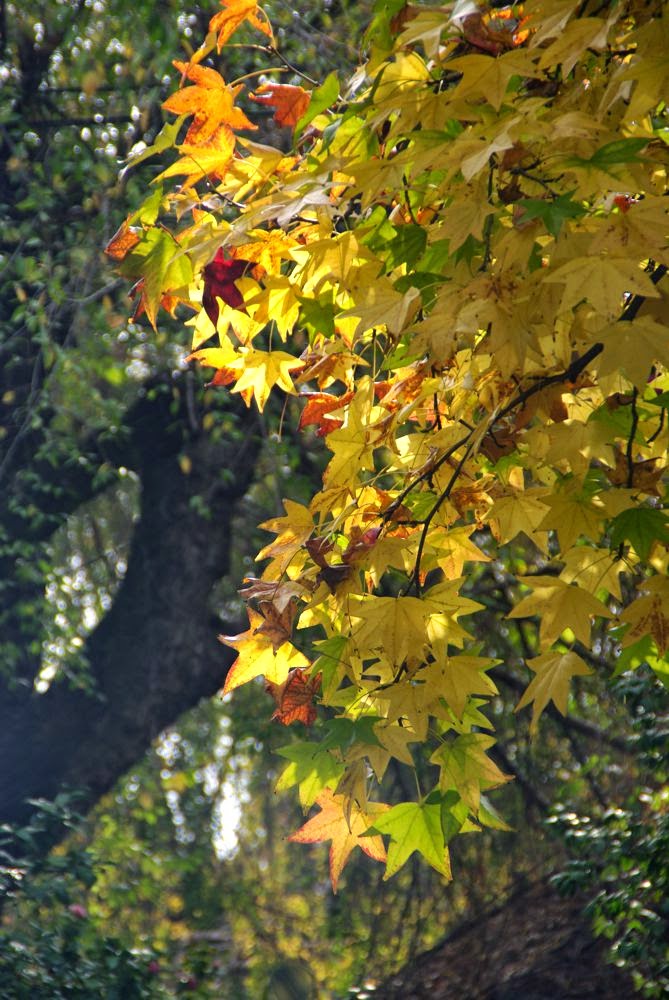 A dent in our drought, thanks to the Pineapple Express that developed suddenly in December, has appeared, and our gardens and hills are beginning to revive in the rain. The high-pressure ridge over California that prevented the storms from coming in has apparently dissipated.

"We've had a few weather systems come through," said Leslie Wanek, a meteorologist in Salt Lake City at the regional headquarters of the National Weather Service. "But it just keeps rebuilding there. It's kind of a mystery about why. Why is the global atmospheric pattern stuck like this?"

This resilient ridge has actually altered the geography in California, and has displayed some unusual warming in the local weather, based upon computer simulations.

Using these climate model simulations, we found that the human emission of greenhouse gases has very likely tripled the likelihood of experiencing large-scale atmospheric conditions similar to those observed in 2013.

This rainy season is just a small dent in this long-term drought, and we need a lot of rain to recover. Groundwater reserves throughout the state are drastically depleted and need years of good rain to recover.

The climate change that has heated up the atmosphere apparently contributed to the lessening precipitation all across the globe, it's not an isolated phenomenon. That, along with the increased human consumption and pollution of rivers and waterways, is a recipie for stressed landscapes and scarce water. While our public policies around the world have moved towards "resilient design" to cope with this new climate, it's imperative that we rapidly take the steps necessary to reduce emissions to zero before climate change becomes irreversible.
Posted by LPB at 1:00 AM
Newer Posts Older Posts Home
Subscribe to: Posts (Atom)