All for a Buck 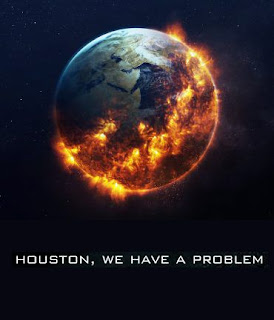 Just when the arc of US environmental policy began to align with the outlines of the Paris Agreement of December 2015, a new administration takes office in January of this year, one grounded in the denial of physics and science, and in thrall to the fossil fuel industry. The entire disruption of the UN agreement reeks of global oil deals, with the corporate influences reaching into the new administration as well as the tactics brought to bear at the UN table.

The potential future science advisor to the President, William Happer, is a contrarian Princeton physicist who views climate change as a positive factor. "While he has a distinguished career as an atomic physicist, previously serving the administration of George HW Bush as a science director, the 77-year-old’s views on climate science are outnumbered by all the credible evidence, all the credible science agencies and are also being laughed at by the Earth’s thermometers and its melting ice sheets and glaciers", as the Guardian has pointed out.

This, along with a cabinet full of fossil fuel-related corporate executives, seeks to create a triumvirate of oil deals with Russia and Exxon Mobil. “Imagine how much havoc Putin, Trump, and a new, oily Secretary of State could wreak on future negotiations by coercing other countries not to keep making new pledges to ratchet down their emissions, which is the cornerstone of Paris’s strategy to avoid catastrophic climate change.” per The Energy Mix. Perhaps all this results from pressure by the Russian oligarchs that the President is indebted to?

This is an old relationship going back to 2012, when Rosneft and ExxonMobil had signed an agreement to jointly develop tight oil production technologies in Western Siberia. This will enable the companies to later discuss undertaking joint projects to explore and develop prospective areas with unconventional oil potential in Russia.

The way it plays out is this: Exxon Mobil, under Rex Tillerson, brokered a deal with Russia in 2013 for 60 million acres of Russian land to pump oil out of, but all that Russian oil went through pipelines in the Ukraine, who heavily taxed the proceeds, and were applying for admission into NATO at the time. Putin subsequently invaded Ukraine in 2014, secured the routes to export the oil tax-free by sea, and took control of the port where their Black Sea Naval Fleet is based, by taking the Crimean peninsula from Ukraine by force and not giving it back. This was Hitler-tier imperialism that broke every international law in the free world. After Obama sanctioned Russia for the invasion, they could only pump oil from approximately 3 of those 60 million acres. But now Rex Tillerson is our Secretary of State, and as of today, there’s information circulating that Donald Trump will likely unilaterally remove all sanctions against Russia in the coming days or weeks. Putin will make half a trillion (500 Billion) dollars from that much untapped oil. All pumped tax-free through Crimea, stolen from Ukraine, now owned by Russia. Putin may have subverted our government just to become the richest man in the world.

The Republican congress subsequently has a hand in all this, as it moves to rescind the rule requiring Big Oil to reveal foreign government payments.

Since we now have a corporate takeover of our government for profit, it would appear that our chances for survival on our planet are dim. Unless the denizens of this planet can pull the rug out from under this Strangelovian scenario with extremely cheap local renewable energy that doesn't have to be transported or fought over, we're left to deal with this situation without any help from Houston.

But I think we still have a few smart humans left.

Update 2/28/17:  Rachel Maddow explains it all for you - Wilbur Ross at Nexus of Trump Russian Deal

Update 3/2/17: 5 years ago - USA is moving from democracy to plutocracy and corporatocracy

Update 3/4/17: How a Russian Steel Oligarch and Putin Ally Is Profiting from the Keystone XL Pipeline

Update 3/11/17: Trump Begins His War For Oil (with Cheney's fingerprints)

Update 3/23/17: Mercer and a disruptive candidate: Trade of the Century and a Foundation network