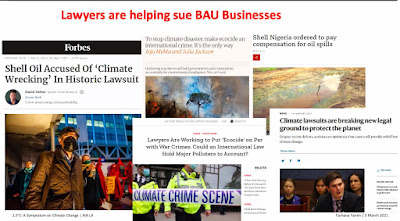 The idea of ecocide first gained vital worldwide consideration in 1972, when Swedish prime minister, Olof Palme, addressing the UN Stockholm Convention on the Human Setting, referred to as for a global crime of ecocide, primarily in response to US use of chemical weapons within the Vietnam Battle. Nevertheless, when the Rome Statute was ratified in 1998, creating the ICC, environmental crimes weren’t included. In 2010, lawyer and environmental campaigner Polly Higgins lobbied the UN to create a global crime of ecocide. Though the UN rejected her argument, in 2016 the ICC mentioned it might assess cases of environmental destruction as ‘crimes in opposition to humanity’.

Because the detrimental results of worldwide warming have intensified, so too has political momentum in favor of criminalizing ecosystem destruction. In 2019, island-states Vanuatu and the Maldives urged the ICC’s Meeting of States Events to recognize the crime of ecocide. This name was echoed by Swedish parliamentarians, who requested SEF to draft a definition of ecocide.

Philippe Sands, QC, an international law specialist, professor and author, went on a rare lockdown trip on Nov. 20, 2020 to attend a ceremony in Germany marking the 75th anniversary of the opening day of the Nuremberg trials.The commemoration was held in the historic wood-panelled courtroom 600 of the Palace of Justice, where the trials of Nazi leaders, which established the principles of international justice, were heard. Sands was invited by the German president, Frank-Walter Steinmeier, to the event, which opened with an address from Ben Ferencz, the last living Nuremburg prosecutor, now aged 100.

A documentary about Ben Ferencz and his astonishing 75-year career arc is available via streaming on Netflix, "Prosecuting Evil: The Extraordinary World of Ben Ferencz". He was part of the Allied troops in 1945 with the US Army that liberated the concentration camps. As part of his work with the Army, he participated in the horrific task of removing and identifying the skeletal corpses in these camps that he is still unable to talk about today.

Ferencz says the legacy of the trials remains to be seen. “Hopefully, it will recognise that the crimes described in the case were so horrendous that we cannot risk repeating them anywhere at any time.”

Despite the ongoing violence in the world, Phillipe Sands, who is co-chair of a panel drafting a legal definition of ecocide as a potential international crime, says “the ideas that came from [the trials] inspire us to look to the future”. “It’s a long game,” he says. “The revolution doesn’t happen overnight – we will get there.”

"Ecocide - Voices from Paradise"  is a video that successfully illustrates how willful ignorance continues the damage begun by an oil spill. Extras include a featurette on efforts to make ecocide an international crime.

The cause of Ecocide has been taken up by Extinction Rebellion and also led by Jonathan Fuller's activism protests towards the reporting done by the BBC.  He wrote an article last year on what has changed in the media's reporting of the climate and ecological crisis. Jon Fuller's twitter feed can be found extensively on Twitter, and the Extinction Rebellion site is here.

Update 6/23/21:   The Independent Expert Panel for the Legal Definition of Ecocide convened by our foundation has completed its deliberations.  The proposed definition of ecocide as a 5th crime under the Rome Statute is now available for states to consider - and for civil society to demand.

Update 7/27/21: A growing number of world leaders advocate making ecocide a crime before the International Criminal Court, to serve as a “moral line” for the planet.

Update 7/29/21:  A global movement is rising to advocate for "ecocide" as a new crime before the International Criminal Court.