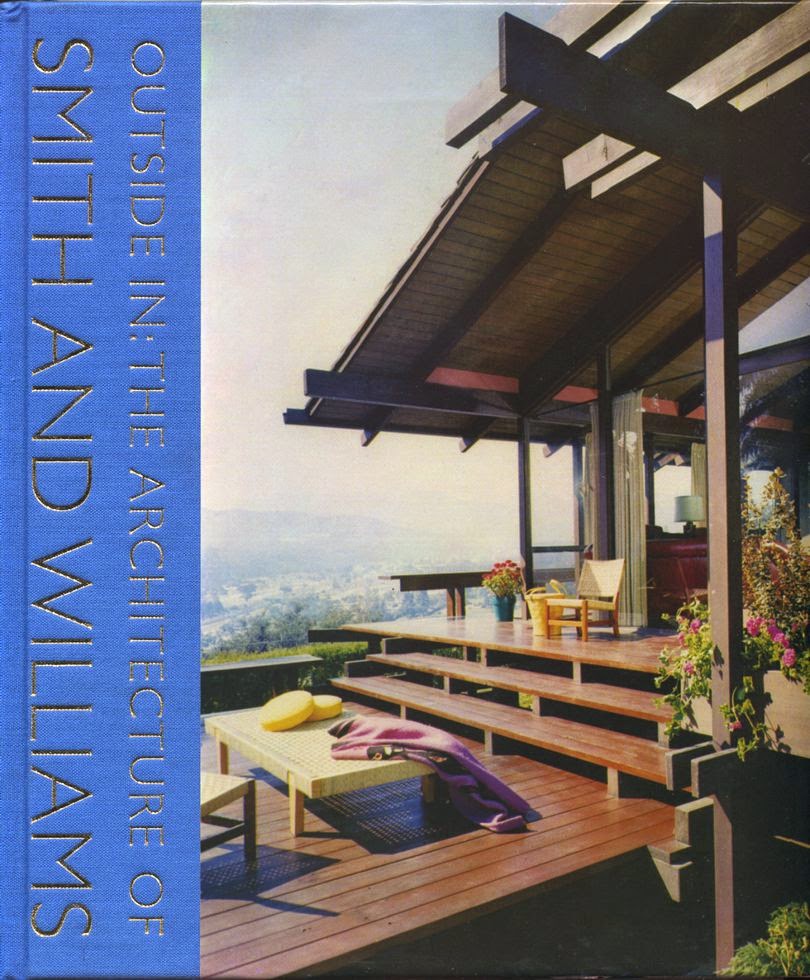 A new book about Smith and Williams has been published by the Getty Press, reflecting an exhibit that was staged at UC Santa Barbara in 2013 and documented the work archived there by Whitney Smith. It's an interesting look back at some of the many projects done by this firm, including a brief look at the Community Facilities Planners office in South Pasadena that served as the office for this firm. It mentions in passing the roots of the firm's practice within the USC group that produced a significant body of work covered in Esther McCoy's documentation of The Second Generation of California architects.

The Case Study Houses 5 and 12 are mentioned, also a subject of an exhibit and a McCoy publication, which made use of the lath, or "screen" that became so prominent in their work as an integration of exterior and interior spaces. These became ancillary spaces to the formal structure of the collective smaller buildings themselves, as was used in the Neighborhood Church campus as an organizing element before the trellises and small buildings were demolished for a very large addition, amputating the entire site plan concept and overshadowing the existing historic Greene and Greene home on the campus (Cole House) as well as the adjacent Gamble House. This unfortunate overdevelopment obliterated the spatial qualities of the campus and erased the integration of the gardens and structures, resulting in a significant loss of coherence in the site design.

A few mentions in the book are made of post-1973 projects by Whitney Smith, but omitted is one of his last projects completed before he relocated to the pacific northwest. This small complex is located in South Pasadena as well, and makes a completely different kind of reference to the locally traditional mexican courtyard style vocabulary. He also made extensive use of skylights in the same way he did with his own separate office building designed after 1973, also in South Pasadena and not listed in this book. It's an example of the strategy of an adapted vernacular that has evolved dramatically in the profession today.

The firm itself arose out of the collaborative process between many architects and professionals, and some of  that's covered in this blog as well as in another paper written by Tim Gregory as research for a residential project in San Marino. Whit started his practice with homes in this community. A further compilation of the Smith and Williams legacy and the exhibit is online here, courtesy of John Crosse.