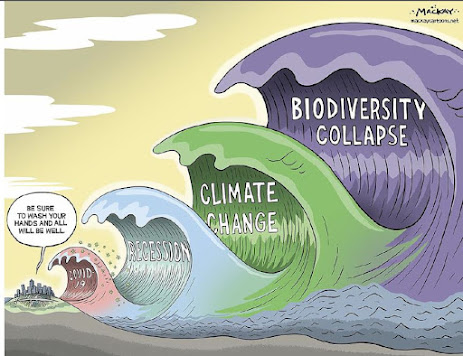 First it was the Panama Papers. Then we saw the Paradise Papers leak in 2017. Now we have a massive leak, the Pandora Papers, revealing the secret assets of some of the world's most powerful figures. The so-called Pandora Papers consist of millions of leaked financial documents that were reviewed and analyzed for two years by more than a hundred news outlets, including The Washington Post and the BBC, that are part of the International Consortium of Investigative Journalists (ICIJ).

"In terms of raw size, the Pandora Papers leak, at 2.94 terabytes, is bigger than both Panama Papers (2.6 terabytes) and Paradise Papers (1.4 terabytes). If you go by the number of files, the Paradise Papers had more — 13.4 million files, compared to Pandora’s 11.9 million.

But there’s more to this leak than just size. The scope of Pandora Papers is far broader than anything ICIJ and its partners have seen before. The leak comes from 14 different offshore service providers and  includes far more beneficial ownership information and politicians and public officials than any previous leak."

This latest trove of data provides a takeaway revealing these secret tax havens in the United States, no longer just "Offshore". South Dakota was spotlighted in the investigation as a leading offshore tax haven that’s been used by current and former world leaders over the years.There were 81 trusts uncovered in South Dakota in the sweeping investigation as well 37 in Florida, 35 in Delaware, 24 in Texas and 14 in Nevada.

The ICIJ reported that state legislation in South Dakota over the years has helped allow for more more secretive investments.Lauren Kohr, senior director of anti-money laundering, Americas, at the Association of Certified Anti-Money Laundering Specialists, said South Dakota, Nevada, Delaware, Arkansas and Wyoming have a reputation as “onshore-offshore states.”

“The Pandora Papers provide details about tens of millions of dollars moved from offshore havens in the Caribbean and Europe into South Dakota,” the ICIJ said.The probe found that the family of Carlos Morales Troncoso, the former vice president of the Dominican Republic, began tucking away its assets in trusts in the Midwest state in 2019.

The family of Ecuador’s newly elected president, Guillermo Lasso, also shifted two offshore companies from Panama to trusts in South Dakota in 2017 after lawmakers passed legislation in Ecuador that made it illegal for public officials to use tax havens for shielding their assets. Lasso told the ICIJ that his previous offshore financial activity was been “legal and legitimate.”

Why is this relevant to the accelerating impact of climate change?  The impact of this corruption, legal and extralegal, is to undermine the living systems of this planet by the ownership of the vast majority of its resources by the global one percent of wealthy individuals. It's the vision of unlimited growth that drains the resources from people and the planet with expanding extractive, manufacturing and distribution activities. The scale of this situation is just absolutely monstrous, and is a lethal threat to the entire biosphere.