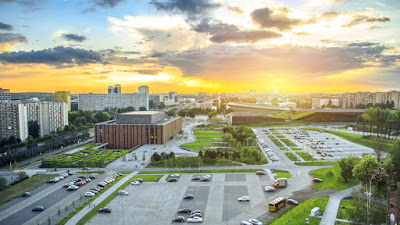 Bill McKibben has just published an article in the New Yorker: How Extreme Weather is Shrinking the Planet. With wildfires, heat waves and rising sea levels, large tracts of the earth are at risk of becoming uninhabitable. But the fossil-fuel industry continues its assault on the facts. However, the impacts of our changing climate have now hit home with a vengeance, and it's our collective responsibility to deal with its causes and the consequences of our civilization's activities on our planet.

With the Camp Fire in northern California two-thirds contained, the Woolsey Fire in southern California all but extinguished and a sky-cleansing rain, with possible flash floods forecast for Northern California today or tomorrow, Californians are now facing a grim reality: these staggering catastrophes are becoming routine. They've been dubbed the "new abnormal". By the century’s end, simultaneous disasters—three or more at once—could in fact be California’s norm, unless aggressive measures are taken, according to a major paper published this November in the journal Nature Climate Change.

California climate policies are currently shifting rapidly to address the impacts of climate change, as well as establishing carbon-neutral strategies as a result of these catastrophic events. These extremes are now occurring regularly, as well as the impact of a drier climate that reduces the availability of water in the state, which is also happening across the entire US southwest.

But the real work lies ahead in an immediate, aggressive reduction in the carbon dioxide emissions across the planet, in order to keep the temperature changes below the 1.5C threshold as negotiated via the UN Climate Change secretariat through the annual COP meetings. At the Global Climate Action Summit, which concluded in San Francisco this last September, UN Climate Change Executive Secretary Patricia Espinosa said: “This Summit and its Call to Action make an important contribution towards achieving our collective goal: to keep global temperatures to 1.5 degrees Celsius in line with the Paris Agreement. It will encourage governments worldwide to step up their actions, demonstrating the vital role that states and regions, cities, companies, investors, and civil society are playing to tackle climate change.”

This summit was a preparation for the upcoming COP24 that will be held in Katowice, Poland this year on December 2 - 14. At this time, more commitments from all countries and worldwide corporations will need to be made so that global actions can be undertaken which moves our civilization into a radically different mode of energy use, transportation and building construction. Our forests on all continents must be restored and allowed to expand into healthy ecosystems as part of the climate mitigation that will have to happen. The preparatory dialogue for this collective action is being supported by some of the major corporations, as well. They are prepared to participate in Katowice and implement the necessary actions according to the framework and goals outlined at COP24. A good example is Iberdrola, a leading renewable energy company that exemplifies the benefits of moving rapidly to a non-carbon based economy.

It will take an enormous, unprecedented effort by all countries and corporate entities to engage in immediate and very radical transformations of our economy and our way of living in concert with the natural environment. It's the biggest challenge that humanity has ever faced, and will reflect our collective ability to undertake actions that regenerate our planet and reconfigure our cities to reduce humanity's footprint in favor of natural processes.

Update 12/13/18: Many mega-projects simply aren’t worth the risk to investors, host nations, or the environment.

Update 12/16/18: Major companies like McKinsey are pursuing business in countries with little regard for human rights.