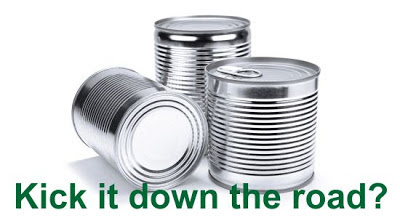 The world community has a unique opportunity coming soon. Has the time arrived when global agreements are put into place that put a hard cap on the carbon emissions? Can we expect leadership from key players (i.e., the World Bank) in accomplishing the completely do-able shift to renewable and non-fossil energy? Can we actually preserve our world so that it's fit to live in by 2030? Can we change the corporate business model so that they can't simply externalize the carbon waste that's impacting the entire globe? Can these business models adjust to the long view?

As Eric Roston succinctly puts it in his Forbes article:

I bet the policy professionals and scientists who ponder climate change adaptation spend little if any time with investors and traders whose livelihoods rise or fall on the spread between company estimates and earnings. There’s a yawning chasm between how much tolerance companies and investors have for blips in performance, which is to say not much, and the large-scale threats to life and property in years and decades ahead, which as far as anybody knows could be considerable. I’d gladly pay you Tuesday for a hamburger today.

There are numerous examples of countries and regions going directly into renewable energy sources right now, and they're not waiting for some formal payback system. The profit is there already, and it increases as more businesses, governments and companies make the changeover, a synergistic effect. So there's really nothing keeping the global community from grabbing that can and opening it, since that creates so many opportunities for everyone to participate in a livelihood that pays back the earth and its climate as well as the investors. Broad-brush the numbers and work the concept.