A Win for the Team 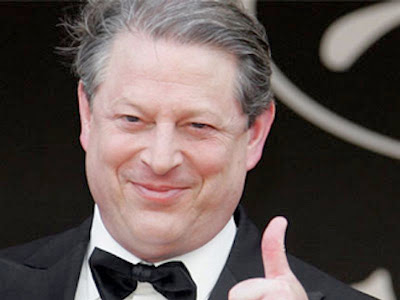 I can only imagine the feelings of key environmental players last night during President obama's State of the Union speech:

"But for the sake of our children and our future, we must do more to combat climate change. Yes, it's true that no single event makes a trend. But the fact is, the 12 hottest years on record have all come in the last 15. Heat waves, droughts, wildfires, and floods – all are now more frequent and intense. We can choose to believe that Superstorm Sandy, and the most severe drought in decades, and the worst wildfires some states have ever seen were all just a freak coincidence. Or we can choose to believe in the overwhelming judgment of science – and act before it's too late.

The good news is, we can make meaningful progress on this issue while driving strong economic growth. I urge this Congress to pursue a bipartisan, market-based solution to climate change, like the one John McCain and Joe Lieberman worked on together a few years ago. But if Congress won't act soon to protect future generations, I will. I will direct my Cabinet to come up with executive actions we can take, now and in the future, to reduce pollution, prepare our communities for the consequences of climate change, and speed the transition to more sustainable sources of energy."

While it states a clear position on addressing the issue - taking executive action if Congress does not - it left unsaid some of the key moves that have been made by this administration with respect to addressing climate change globally, a call which has been made by many countries, organizations and people across the globe and in the USA. As I've noted, a Bicameral Climate Change Task Force has been established, immediately after Obama's Inauguration in January as a domestic response. Kerry's appointment as Secretary of State bodes well, due to his background in promoting environmental awareness and his deep experience with world governments, as well as the nod to the McCain Lieberman Climate Stewardship Acts.

Al Gore, the Chairman of the Board of The Climate Reality Project and former US Vice President, remains heavily involved behind the scenes in a movement to bring more factors to bear in the climate change argument, with another book tour in the wings. Public activism in the USA is very much focused on the oil and coal industries, with a major nationwide public protest scheduled for Feb. 17, including the Sierra Club, the NRDC, 350.org (Bill McKibben), League of Conservation Voters and a networked public group through Change.org, the White House mechanism for public engagement. The Climate Action Partnership has been active among the corporations as a means to take climate change seriously, and adapt their business models to sustainable activities and restoration of natural processes.

The science press, as well as NASA, are clearly calling for global response around the substantial reduction of carbon emissions (GHG's) because of the critical nature of current weather events and deteriorating ecosystems and oceans. If anything, the impacts of climate change have been underestimated. Europe's observations on climate change have added to the dataset on climate change due to carbon emissions, most recently from the Cryosat satellite mission, based in University College, London.

All of this is central to a global climate change agreement negotiation, which has possibly passed the critical point of preventing drastic climate change due to the success of the fossil fuel lobby in delaying international agreement on Climate Change, which is without doubt the single most successful campaign in the history of public affairs. To the victor go the spoils - of a devastated planet? Perhaps now some accountability is in order.

It's now time for the necessary course of action to be taken, and a recognition is taking place that all of us are part of this global crisis and its solution.