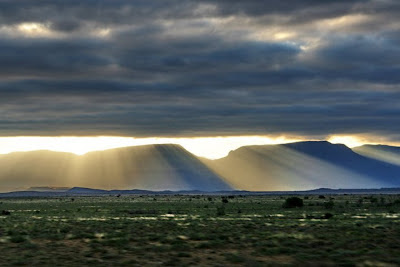 Inextricably linked, water and power are the fundamental utility systems of every city in the country. Virtually every source of electricity in a typical American home or manufacturing plant - whether it comes from hydroelectricity, coal, natural gas, nuclear, biofuels, or even concentrated solar -- also requires lots of water. City utilities are the foundation of urban infrastructure, which is aging and in need of serious maintenance and repair in order to supply the built environment we already have. This points to a critical need for new kinds of models, both for providing energy and financing these new projects.

In California, we're in a bit of a trap because the existing water supplies are already overtapped, which means we're limited in power production and supplies. Our changing climate is increasing the drought conditions which reduce the previously reliable water supplies, so there's no reserve water supplies with which to produce additional power if the state's population continues to grow (map here). A renewed urban infrastructure is one approach to capturing the natural processes in our habitation areas that were previously driven by city water and power departments. Technologies like permeable pavements and rain gardens can capture, naturally treat and filter stormwater back into the ground, preventing overflows and reducing reliance on treatment centers. This can be done for far less cost than the old existing infrastructure. This involves UnPaving a lot of concrete and asphalt, as well as restoring landscape in industrial infill areas, known as "brownsfields".

Alternative energy supply development in the western United States is another viable option that's already underway. Solar power supply is a natural for the hot, dry desert areas that were previously degraded by wartime military operations. Geothermal sources are an additional well-established means of generating power from existing natural processes.

The water equation is crucial, so planning for natural system restoration provides about the only option in the balance of water and power. Hopefully this approach will take place as the State of California plans its future strategies aligned with a natural capital approach.
Posted by LPB at 1:00 AM
Newer Post Older Post Home